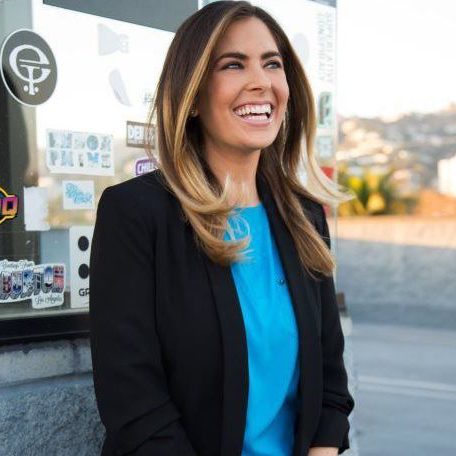 Jessica Abo believes life is about more than "likes" – and no matter where we are in our careers, relationships or level of activism – we are all a work in progress. Her debut book, Unfiltered: How To Be As Happy As You Look On Social Media was released in August 2018 and sold out on its first day. Women's Health Magazine named Unfiltered #1 on its list of self-love books.  To bring her book to life, Jessica launched a collection of statement tees and hoodies at New York Fashion Week. Jessica has spoken about her research and #liveunfiltered movement on The TODAY Show, Access Hollywood, ABC News, KTLA and in dozens of publications including FORBES, Fast Company and SHAPE.  A multi-award-winning television journalist, Jessica has worked at several media outlets and spent a decade at NY1 News. She started her own production company, JaboTV, in 2013 to combat cyber-bullying. Today, you can watch her empowerment videos on Entrepreneur.com.   Jessica's nationwide speaking tour has taken her to Facebook, Microsoft, Delta Airlines, Weight Watchers, TEDx, the United Nations and hundreds of conferences, nonprofits, universities and schools. In her spare time, Jessica is passionate philanthropist, having raised more than a million dollars for several causes by organizing her own galas. Jessica sits on several boards and committees and contributes to their recruiting and fundraising efforts.   From 2016-2018 Jessica served as Jewish National Fund’s Spokesperson for Professional Women Under 40. Jessica spent 2014 traveling the United States speaking to  teenagers as United Synagogue Youth’s first-ever Danny Siegel Changemaker in Residence.  In that year, Jessica spoke to more than 2000 teenagers at USY’s two International Conventions, Regional Conventions, Shabbatons, Encampments and on USY on Wheels. The granddaughter of Holocaust survivors, Jessica produced and hosted a documentary on the 60th anniversary of the liberation of Auschwitz.   Jessica was fortunate to be selected, twice, to participate in the Charles and Lynn Schusterman Family Foundation’s ROI Summit in Jerusalem. She has won several awards for her journalism and philanthropy work, including being named to The Jewish Week’s 2014 “36 Under 36” list and The Jewish People’s Choice Awards “Voice of Influence” award.  Jessica co-chaired UJA-Federation of New York’s Young Entertainment Division for six years and sat on the Broadcast, Cable and Film Committee. She recently joined UJA’s Entertainment Cabinet in Los Angeles and speaks to Federations around the country.   Jessica received both her bachelor and master degrees from Northwestern University’s Medill School of Journalism. You may have spotted her, cast as herself, in several shows and movies including: House of Cards, Gossip Girl, Nurse Jackie, Girl Most Likely, Delivery Man and The Amazing Spider-Man 2.   A New Yorker at heart, Jessica now lives in Los Angeles with her husband and their daughter.

The Amazing Adventures of Three Female Jewish Innovators AM