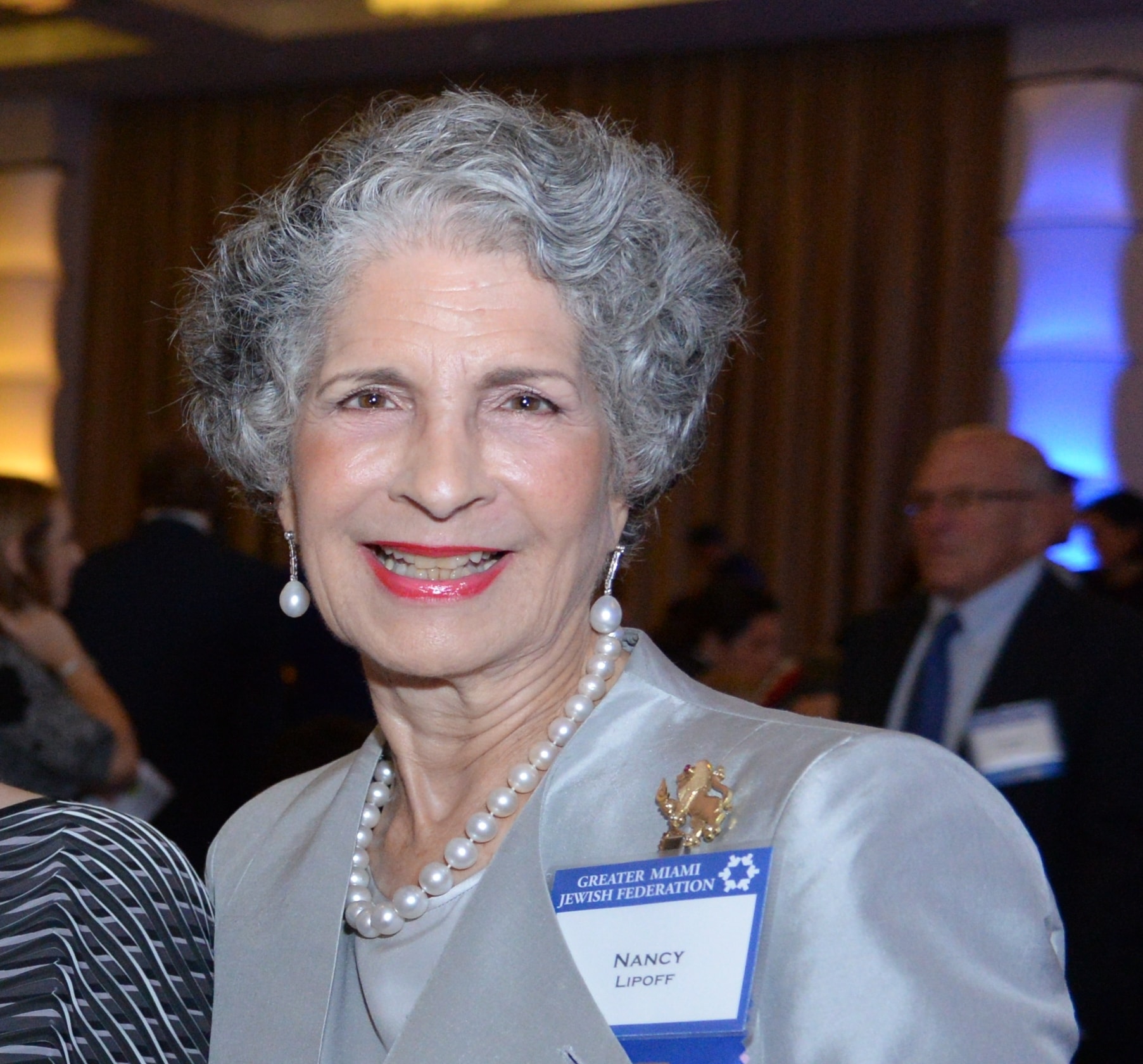 Nancy Lipoff and her husband, Norman, went to Israel for the first time in 1968, right after the six day war. It was love at first sight, and it changed their lives forever. When Nancy moved to Miami in 1970, a friend invited her to a Federation Women’s Division meeting. Since then, her involvement in the Federation became a passion.

Nancy is a Forever Lion with a Lion of Judah Endowment. Norman has endowed his annual gift as well.