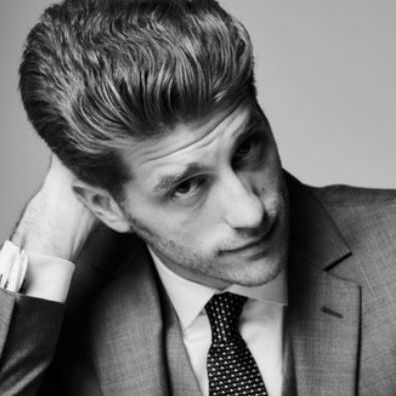 Jonah Platt is a Los Angeles-based actor, writer, musician, composer, arranger, director, and producer.  As an actor, Jonah is most well-known for his star turn as “Fiyero” in the Broadway blockbuster Wicked, as well as his breakout roles as "Jason" in the Los Angeles revival of Bare and "Woof" in the critically acclaimed production of Hair at the Hollywood Bowl. Most recently, he originated the role of "Marty" in the world premiere musical A Walk on the Moon at San Francisco's American Conservatory Theater.  On television, Jonah has notably appeared on the season 9 finale of Curb Your Enthusiasm, the 100th episode of NBC's Parenthood, the series finale of The Office, the Emmy-nominated special event Jesus Christ Superstar: Live in Concert, and most recently, the Lifetime movie I'll Be Watching, co-starring Janell Parrish. He also voices the lovable "Milton Moss" on the Netflix animated series, Trolls: The Beat Goes On.  As a writer, Jonah has worked on the staffs of a number of television comedies, such as Family Guy, Parks and Recreation, Running Wilde and Mr. Robinson. He is currently a co-writer/music supervisor/executive producer of ZOMBO, an in-development undead musical TV adventure.  As a singer and instrumentalist, Jonah has performed his signature brand of original music, medleys, and unique covers at venues across the US.  Jonah is also an award-winning vocal arranger and producer, most notably for UPenn's acclaimed a cappella group, Off The Beat.  As a composer/lyricist, his original music has been performed on stages throughout Hollywood. He is currently co-writing a stage musical adaptation of Lois Lowry's international bestseller, The Giver.  As a producer and director, Jonah has been fortunate to work on a wide array of projects. He was lead producer and director of One Night Stand: An Improvised Musical, which performed to adoring crowds all over the globe, including Total Sell Out runs at the Edinburgh Fringe Festival and a Special Event performance at the New York Musical Theater Festival. Most recently, he directed the thrice-extended run of Dog Sees God: Confessions of a Teenage Blockhead, for which he received a 2017 BroadwayWorld nomination, and was a direct result of his involvement as a mentor with the LA Federation's Jewish Teen Initiative.  Jonah is a graduate of the University of Pennsylvania where he received a B.A. in Creative Writing. As a child, he attended both a Jewish day school (Sinai Akiba Academy) and a Jewish summer camp (Camp Ramah in California) well into his teen years. He is a Jewish Big Brother and a graduate of both the LA Jewish Federation’s New Leaders Project and Moreshet young couples leadership initiative, named in the legacy of his maternal grandmother, Joan Schiff Beren.

Opening Plenary: Women Throughout the Generations