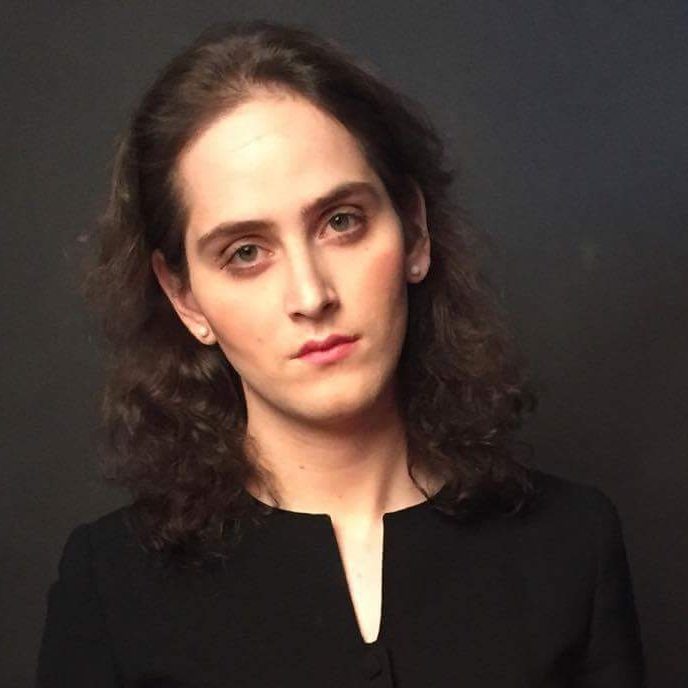 Abby Stein is a Jewish educator, writer, speaker, and activist. She was born and raised in a Hasidic family in  Williamsburg, Brooklyn, and is a descendent of Rabbi Baal Shem Tov, the founder of Hasidic Judaism. In that world Abby attended Yeshiva, and became a rabbi in 2011. She left the Hasidic world the following year, and came out as a  trans woman in 2015. Since then, Abby has been working to raise support and awareness for trans rights and those leaving Ultra-Orthodoxy. Her story has  been covered in publications such as the New York Times, New York Post, WSJ,  New York Magazine, Jewish Daily Forward, Daily Mail, The Daily Dot, Haaretz, Refinery29. She also appeared on NBC, Fox News, CNN, Huffington Post Live,  ShowTime, and more. In 2016 Abby was named by The Jewish Week as one of their  "36 Under 36" emerging Jewish leaders. She is currently studying   gender studies and political science at Columbia University, and her memoir  will be published by Seal Press in 2019.

Jewish Heroines Making a Difference and Transforming Lives AM