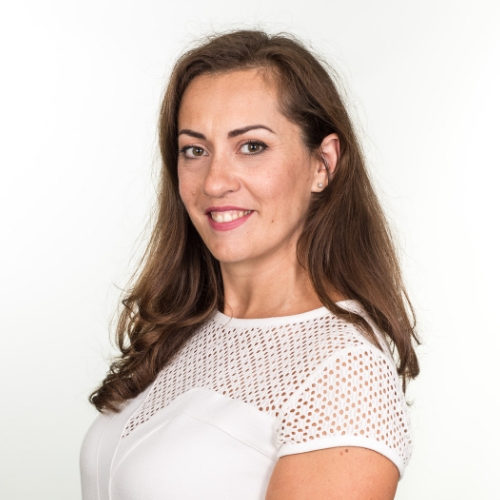 Odessa-born Ira Zborovskaya is no stranger to sudden new realities.  She only discovered she was Jewish at the age of 15, through a matter-of-fact conversation with her mother after asking why her family’s recipes were different to her classmates.  She was in her twenties in 2001, when a job in Jewish identity research flung her face to face with actual Jewish community, ultimately leading her to take an active role in JDC programs to help vulnerable Jewish children in Ukraine.  And most recently, in 2016, Ira and her then 8-year-old daughter took the bold step of moving to Israel to start a new life.   But nothing compared to the day she found herself suddenly in charge of bringing humanitarian aid to thousands of Jews in Ukraine living in and escaping the country’s violent conflict.  It was then that Ira really demonstrated her stellar ability to adapt, cope, and inspire in times of uncertainty.   When the conflict broke out in 2014, Ira was heading up JDC’s offices in Odessa, Ukraine.  Her job was to oversee operations caring for over 10,000 impoverished Jewish elderly and children in southern Ukraine.  Yet, despite the impressive scale of these operations, her focus was largely on routine needs.  All this changed overnight. Suddenly JDC, with Ira playing a key leadership role on the ground, found itself handling requests it hadn’t dealt with since World War II: finding shelter for internally displaced persons fleeing from Donetsk and Lugansk, and providing post-traumatic psychological support. And all this on top of her regular responsibilities,  ensuring that homecare, food and medicines continued to reach children and elderly in southern Ukraine.