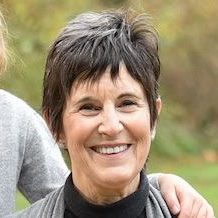 Beyond her work as chair of her family’s charitable foundation, Lee Hendler has continued her parents’ legacy by becoming a philanthropist and teaching her children and grandchildren the importance of service to others. In 1979, Hendler’s parents created a donor-advised fund and took the unusual step of immediately making Hendler and her siblings trustees. Hendler, already a committed volunteer in Baltimore, served on the fund committee while working to raise additional money for causes she believed in. She chaired the progressive K–12 Park School’s capital campaign, surpassing several ambitious fundraising goals, and did the same for her Synagogue Chizuk Amuno where she subsequently also became board chair. In 1998 she wrote The Year Mom Got Religion: One Woman’s Midlife Journey into Judaism. She was a founding board member of the Jewish Women’s Archive, founding chair of UJC’s subcommittee on planned giving and endowments, and served on the boards of the Hillel Foundation and Johns Hopkins University, among others. She currently serves on several boards, including the Institute for Islamic, Christian, and Jewish Studies and the Jewish Community Federation of Baltimore. After 9/11, Hendler founded Freedom’s Feast, a civics engagement project in which American holidays become an opportunity to pass on American stories and history to the next generation, which earned Hendler the Kweisi Mfume Award for Advocacy from the Maryland NAACP.

“Getting Grandma”: Understanding One of the Most Promising Resources in Jewish Life Today AM

“Getting Grandma”: Understanding One of the Most Promising Resources in Jewish Life Today PM