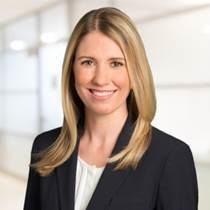 Executive Director and Director of Investing with Impact

Lily S. Trager is an Executive Director and the Director of Investing with Impact for Morgan Stanley Wealth Management.  For over a decade, she has dedicated her career to sustainable and impact investing. Lily joined the Firm in 2014; previously, from 2007 until 2014, Lily worked for Veris Wealth Partners in New York, a Registered Investment Advisory focused exclusively on serving clients with interest in sustainable and impact investing, most recently as Head of Research.  Lily began her career at Cambridge Associates, where she worked on teams overseeing $3.9 billion in nonprofit, high-net-worth and foundation investment portfolios.  Lily was named to the 2018 class of MAKERS @ Morgan Stanley Wealth Management, a recognition that celebrates women who are ground breakers, advocates, and innovators in their given field.  Lily earned a M.B.A in Sustainable Business from Presidio Graduate School and her B.A. in Anthropology from Bates College.  She also co-founded Women Investing for a Sustainable Economy (WISE), a professional networking group in New York City with chapters in Boston, DC, San Francisco, Toronto and London.  Lily lives in Manhattan with her family.

How Impact Investing Can Help Leverage Your Philanthropy AM

How Impact Investing Can Help Leverage Your Philanthropy PM