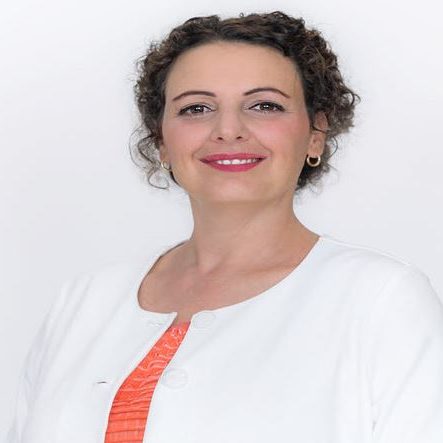 Entrepreneur of Journey to Matriculation

I am an agriculture teacher from Kfar Silver (one of Kadima Mada’s network schools located near Ashkelon). I am 41 and married with two children. While serving in the army, I took on the role of infantry instructor, a position considered only suitable for men. From this position, I was promoted and became the first female officer in the IDF for this task.  For three years I managed the boarding school in Kfar Silver. During this time, operation “Cast Lead” began and a missile landed in the village. Aside from supporting the children emotionally throughout the entire ordeal, I was responsible for the children’s evacuation from the boarding school, a complex procedure that included finding suitable hosts, collecting all their belongings through the sounding alarms (meanwhile, there were no shelters in the village), and relocating the children in northern boarding schools.  While at Kfar Silver, I established a unique curriculum for Bagrut (matriculation exams), which drew a connection between the Bagrut curriculum and the journeys through which behavioral processes are also achieved. The program included students traveling through five locations throughout the country during the course of a year, receiving hands-on learning while they are hiking and doing activities in nature.