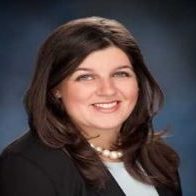 Stephanie is the Deputy Director of the Israel Action Network, a program of the Jewish Federations of North America and Jewish Council for Public Affairs. She is responsible for strengthening the capacity of local community professionals in countering the assault on Israel’s legitimacy and is IAN's main point of contact for Federations and JCRCs. Stephanie came to IAN after working in the Federation system in various capacities and in progressive politics. Stephanie served eight years in elected office as a Councilwoman in the town of Clarkstown.  She was named one of Rockland County’s “40 under 40″ in 2010 and in 2013 was included in “The Jewish Week 36 under 36.”