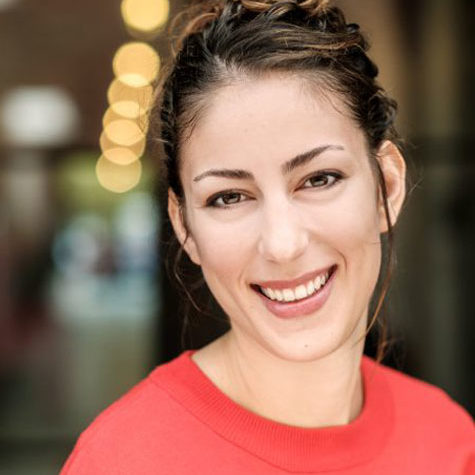 Eden  Perry  currently acts as the manager of development and production at Adaptive Studios  where she focuses on developing film and TV properties for market and shepherding digital short form from conception to production and delivery. During her time at Adaptive, she has overseen projects in all stages, including delivery of shows to BlackPills, UMC, COMPLEX, and festivals such as SXSW and Tribeca.   Prior to her current role,  Perry  worked as an independent creative and physical producer across formats for organizations like Disney’s Yellow Shoes, Havas Worldwide, Madison & Vine, Epic Records, Big Block and The Trevor Project. Brands include Panda Express, AOL, Brawny, Ragu, and Bertolli. Her recently produced feature film,  Horrortime  (2018), for Rabbit Bandini Productions and executive producer James Franco, is currently out to genre festivals around the world. And  The Browsing Effect, a feature she first assistant directed and produced, was just picked up for distribution by Gravitas Ventures (Appropriate Behavior,  Dying Laughing) and is headed to a screen near you in 2019.   Eden  holds a BFA in drama from NYU, Tisch School of the Arts, and received her Masters in classical and contemporary text from The Royal Conservatoire of Scotland.  She currently resides in Los Angeles with her mini dachshund, Ponce de Leon.