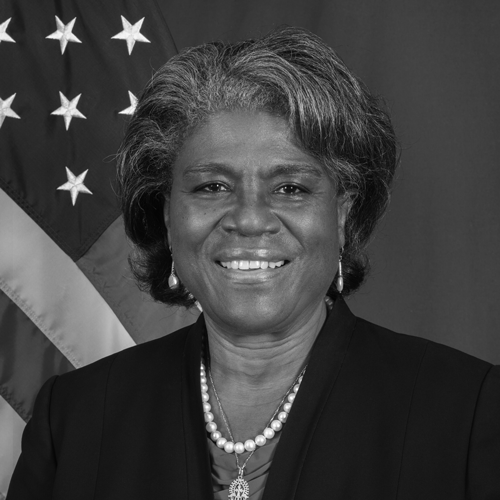 Ambassador Linda Thomas-Greenfield is the current Representative of the United States of America to the United Nations. She was confirmed by the U.S. Senate on February 23, 2021, and sworn in on February 24, 2021 by Vice President Kamala Harris/

A career diplomat, Thomas-Greenfield returned to public service after retiring from a 35-year career with the U.S. Foreign Service in 2017.  From 2013 to 2017 she served as the Assistant Secretary of State for African Affairs, where she led the bureau focused on the development and management of U.S. policy toward sub-Saharan Africa.  Prior to that, she served as Director General of the Foreign Service and Director of Human Resources (2012-2013), leading a team in charge of the State Department’s 70,000-strong workforce.

Plenary: From Global Crisis to Global Impact: Our Jewish Community at Work